Star racionalized part of the fear from the Warrior Spirit of The Count. On top of his already impressive combat skills was the supernatural status given by his Presence. Naturally she was unable to attack stronger foes, now confronting the Master of Knights with a blazing dread in his eyes was simply impossible to do.

She was frozen. At best she could defend from his attacks.

Willpower roll
Star carried out 5 launched of one 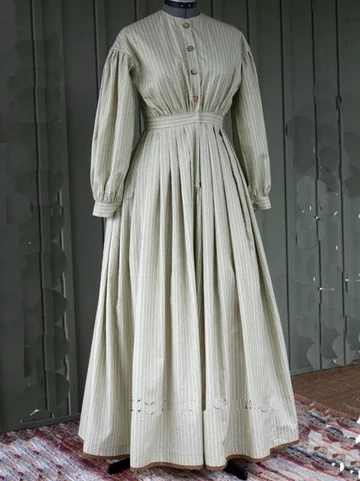 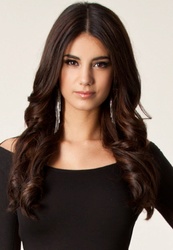 Hayworth kept his dreadful gaze upon Rebecca the mantra was working as she repeated it over and over in her mind she was able to act, not because she was fearless but due to her discipline and focus over the fear she felt.

She was able to adopt the fighting stance En Garde and when she was about to attack the Count suddenly adopted the stance as well stomping his foot down, making her and her beast to back half step fearing what he would do to them. Hayworth roared with fully extended fangs and dreadful eyes and Rebecca felt almost physically the impact of Fear crushing her bones, making her unable to move.

Star gritted her teeth forcing herself to focus.
<NO ! DO NOT FEAR! FACE IT!  >
Star felt the fear both in herself and the beast. She wasn't about to give in to it, and she had no need to hold onto it like anger.

She tried to focus her mind on the task of combat and let the feelings of fear wash over her like a wave crashing against the seashore. When the waves started to recede back into the sea as waves tend to do, she felt stronger for withstanding the storm.
She started focusing on herself , her stance and movments, rather then the "what if's of failure"
She started to feel the rhythmic flow of the emotions and started to focus and stand ferm as fear started to wash away.

< fear is like a storm, its dark, nosy and dismal , but it can't rain all the time. Fear has no power over me! It will wash way and only I will remain!>

Star stated in her mind as she focused on herself, she stared directly at the Count, not allowing herself to turn away. She let everything around her slip away Into Obscurity along with the fear and only focused on the task of overcoming this challenge, succeeding and growing stronger through  discipline and his teachings.
_________________

Willpower roll
Star carried out 5 launched of one

Star felt her own self focus she was alone in her mind, not even her cowling Beast could make her retreat now. She was determined to attack, her body came under her control, her whole self finally acted not because she was fearless but because she had mastered her fear to attack stronger foes.

Her arms rised and holding the fencing sword with both hand she attacked the Count. Her sword found his, a perfect parry but unlike anything she had experience she was fully commited, there were no doubts in her, just the focus will to swing her sword.

The world around star  faded away till all she saw was her target. Her mind was focused, and in tune with her body. She continued to strike and perry, with each attack she became more focused, each strike held more veracity as she refused to back down against the stronger foe.

Star's heart was in each strike and she preformed the basic fencing maneuvers to the best of her abilities. Any mistakes she made were not focused on, she simply picked herself back up and started again with a grin. Eventually she improved and stated to enjoy the thrill of the challenge, while being determined to succeed.
_________________

The swords clashed, again and again, each rapid movement was repelled and riposted by the Master of Knights, each time Rebecca felt death pass throught and still remained focus on her task. She deflected everything she could, she attacked the best she was able considering the difference in the skill level.

Slowly but steady the Count was grinding Rebecca not mentally but physically, death was near by each movement and started to become more real as they fought. A second before being crippled, prone in the floor, unable to move; Star stopped to look at her foe and him to stare at her.

The tense moment of truth where Rebecca had to choose. The sharp blade of Hayworth was waiting for her, he beast still cowed from his presence was screaming at Star to stop while her own logic was telling her it was suicide.

The Count hoisted his sword in front of his forehead saluting Rebecca and confidently return to the basic En Garde combat stance waiting for her decision.
_________________

The air was thick with tension, everything in her was screaming for her to stop, to run, even the beast wanted nothing to do with this fight. But she was determined to continue until she succeeded or her body betrayed her will to fight. Star's eyes locked with her foe and she nodded her head slowly, saying only one word....
▂▂▂▂▂▂STAR▂▂▂▂▂▂
" AGAIN! "

She said focusing her mind again and taking the En Garde combat stance. Her mind was sharp and her desire was strong, she rose to face her fears and conquer them. This was no longer a fight about wining or losing, or proving who was best. It was about her overcoming her demons and taking back control of her life. She would not back down.

Star thrusted forward with all her strength leaving nothing in reserve. All her will focused to destroy her demons, to take back of her existance!

As her arm straighted forward in a fraction of second Hayworth opened his arms allowing Star's blade to pierce his defense. The point of the blade touched his chest and it bent to the point shattering into millons of pieces. Rebecca could not stop her movement, still sliding forward and ended in the Count arms. He received her kindly almost with a hug, her body finally surrender after this last effort and her will finally relaxed to the brink of conciousness.

He smiled and helped her to be back on her feet with just the hand guard in her right hand.

The rush of victory was at hand. Star's blade found its opening and hit its mark. She slid forward, falling into the Count's arms as the blade shattered.
It had taken everything she had and she had succeeded, not just in this battle but to conquer that which had held her back for so long.

She smiled looking up at the Count as he helped her to gain her balance again. Star felt something inside her change in this victory, she felt a emotion she had not felt in years.... Pride.
She had conquered her demon and emerged Victorious. No longer did she have to live her Eternal existence as a weapon or as a Pawn. She held herself in self-worth, she had  struggled against the odds and found a way to rise above it all. Her fear will no longer rule her or hold her existence at ransome. She was free, free to make her own choices and make anything out of her existence that she wanted. No longer will she be a prisoner of her mistakes and caged by her fear.

Star felt empowered, she felt that she could overcome any obstacle if she was determined enough not to give in.

She bowed to the Count, thanking him.
Star knew she still had a lot to learn, and a long way to go on her Journey, but she was now free from the shackles of fear that held her back and she was able to take the next step to self betterment
_________________

Brian and Valentine claped from the steps as the honourable fight was over. Brian was the first to come down and help her to sit down in the lower steps and smiled greatly. She could sense the pride and see it in his eyes.
"What a fight Becca! It was amazing!"

He took a good look at her, at least a dozen cuts and slices over her skin were the prize and the Dignitas she could breath from everyone's attitude. Even the Ghouls were awed by her display.

Brian said.
"Drink my Childe. You need to recover"

The Gangrel's vitae was powerful and vicid, every drop was excilitaring and delicious as only Elder's blood can be.

Star smiled proudly at her father and she stumbled a bit trying to move to the steps to sit down with his help. She was hurt, but the pain she felt reminded her of her victory.

She was near  exhaustion, and if she was human she no doubt would be on her way to the Infirmary.
She sat for a moment and embraced the pain, and smiled at her father. The pride In his eyes filled her heart with joy. Finally she had succeeded in making him proud of her.

She nearly fell into his arms embracing him with a hug when he offered her to drink, to which she did without  hesitation.

Star enjoyed the taste of Vampiric blood, it was what she was raised on after her "recruitment" . Unlike Kindred of the Camarilla who often have been taught to fear the blood of other kindred due to the power of the blood bond, this was a feeling and connection Star actually enjoyed. Being that the Vampires of the Sabbat are often bonded to each other to ensure loyalty and the pack's connection as a false family as "brothers in arms".

Star cuddled close to her father and made a soft moan as she suckled on the potent vitea. Indeed it was strong, powerful and wild. The taste of the elder gangrel sent her senses into overdrive, and she embraced the feeling of closeness the bond gave her. To Star this was simply another way to experience closeness with her father.

Star healed her body as she took in every drop, only pulling back when she was healed. She licked the bite closed and Nuzzled her father, holding him tight. She was happy.
▂▂▂▂▂▂STAR (whispering).▂▂▂▂▂▂
" I love you daddy, thank you "
Star whispered in her father's ear As she hugged him, regaining her strength.
_________________